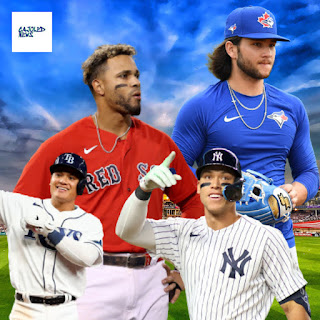 The MLB regular season is coming to a close, we can now diffreniciat the teams capable making the playoffs, and teams that will most definitely not make a run for a pennant. Here are some of the biggest rumors and news from the day:
Bogaerts Leading for AL Silver Bat Award
Xander Bogaerts is in the running for the Silver Bat Award, an award given to the player that has the highest batting average in each division. Bogaerts has had a tremendous contract season. He constantly puts the ball in play and often finds himself on base.
The Red Sox have been struggling lately, but Bogaerts has been putting together a great second-half of his season. Although the shortstop is failing to hit for power, his offensive totals are still all-star caliber numbers.
Bogaerts is currently hitting .319 with 13 home runs and 66 runs-batted-in. The 29-year-old is currently hitting .003 points higher than Twins' second-baseman Luis Arraez. As Bogaerts is set to become a free agent by the end of the season, the Red Sox will look to extend the current face of the franchise.
Yankees Defeat Rays, win crucial series
The New York Yankees seem to be back on track. The Bronx Bombers took 2-out-of-3 games from their divisional rivals, the Tampa Bay Rays, and now sit with a comfortable 5.5 game lead in the AL East.
The Yankees outscored the Rays, by a score of 22-11. New York's offense dominated throughout the entire series, scoring an average of 7.3 runs per game. The Yankees' shortstop, Gleyber Torres, went two-for-four yesterday, driving in four runs on two hits.
Aaron Judge, an All-Star, is still five home runs short of 60.The Yankees outfielder went 6/12 over the weekend and drove in three runs to increase his RBI total.Judge now has a .307 average and 121 RBIs.
Bo Bichette Named American League POTW

They're your @chevrolet Players of the Week! pic.twitter.com/DnvGHDOUad

After a slow start to his season, Blue Jays' infielder Bo Bichette has seemed to find his footing. Bichette is part of a young Blue Jays core that is expected to gain their first playoff experience this year. Bichette is currently hitting for a .279 average, along with 23 home runs and 84 RBI's.
Over the course of the past week, Bichette notched 17 hits in 35 at-bats, for a batting average of .485. The shortstop also brought in 13 RBI's, and noted five home runs this week.
The Blue Jays currently hold the third wild-card position in the American League. They sit 5.5 games ahead of the next closest team, the Baltimore Orioles. The Jays also sit in third place in the AL East and just six games back from the first-place Yankees.
Red Sox claim Yu Chang, from Rays
The Boston Red Sox have announced that they have claimed infielder Yu Chang off waivers. Chang was designated for assignment after the Rays activated star Wander Franco from injured reserve.Chang started the season with the Guardians, before being moved to the Rays.
With the Rays, Chang hit .260, along with three home runs and 12 RBI's, in just 36 games. Chang has played a career high of 185 games in the MLB. The middle infielder has a career .215 average along with 14 home runs.

Thank you Rays🙏
Very blessed to have been with this great organization!
Wherever the journey takes me, I will always give my 100% to the team🙏 pic.twitter.com/elhqbNxYiB

To note, the Red Sox designated Jaylin Davis for assignment to make room for Chang on the 40-man roster.