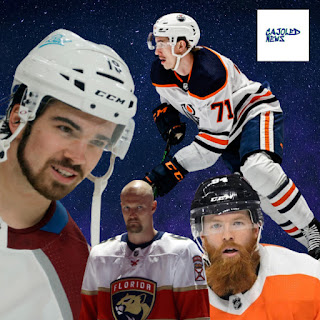 Yes, at last we are nearing the start of the 2022-23 season, a time in when all 32 teams have a shot at winning Stanley Cup. Here are some of the top headlines and notes, prior to the NHL season:
Bruins offer PTO to Anton Stralman
The Boston Bruins have reportedly offered a professional tryout to veteran defenseman Anton Stralman. The Swedish defenseman has yet to make a decision on his hockey career, and has yet to accept or decline the offer.

Stralman is coming off a season with the Arizona Coyotes. The right-handed d-ma suited up for 74 games for the struggling, disastrous Coyotes team. Stralman was quite effective both offensively and defensively, recording eight goals and 15 assists while playing top-four minutes.
The Bruins are looking to add defensive depth to their lineup, as it is quite clear that both Charlie McAvoy and Matt Grzelcyk will miss substantial time to start the season. The veteran, Stralman, has suited up in over 900 career NHL games, playing for the Maple Leafs, Blue Jackets, Rangers, Lightning, Panthers, and Coyotes.
Ryan McLeod Betting on "Good Season"
Oilers' player Ryan McLeod was recently signed to a one-year contract, worth $798,000. The 23-year-old forward chose to sign a one-year, prove-it contract rather than sign a safer multi-year contract.
McLeod is entering his third season in the National Hockey League. Last season, playing in multiple different roles on a consistent Oilers team, the rookie scored nine goals and 12 assists. The former Oilers' second round pick has played in 81 career NHL games.

“I think Ryan McLeod is gambling on himself & he might see it paid forward in the coming years."@EdmontonJack & @TonyBrarOTV discuss McLeod inking a one-year deal & recap the first #Oilers Training Camp on-ice session. pic.twitter.com/mDJjoVZxiM

The Mississauga native will bet on a strong season, as he will need another contract next season. It is expected that McLeod will start the season as the third-line center for the Oilers.
Will Ryan Ellis ever play another NHL game?
Ryan Ellis was once part of the stacked Nashville Predators defensive core that made it all the way to the Stanley Cup final during the 2017 season. Ellis was recently moved by the Predators to the Philadelphia Flyers via trade prior to last season.
Ellis played in four games for the Flyers before suffering a torn psoas muscle. The Flyers have listed Ellis as "out indefinitely," so it is unclear if the veteran d-man will ever make a return. Flyers GM Chuck Fletcher has made it clear that it is extremely unlikely that Ellis will make a return this season.
The Flyers gave up Nolan Patrick and Philippe Myers in the trade that sent Ellis to the "City of Brotherly Love". If this is it for Ellis, he will finish his NHL career having played in over 550 games and with 275 points.
Expect Alex Newhook to "Break out"
Alex Newhook is a former first-round pick of the Colorado Avalanche, when the team selected him 16th overall in 2019. Newhook is likely to see an extended role this season after the departure of Nazem Kadri and due to the injury of Gabriel Landeskog.
Newhook suited up for 71 NHL games last season, where the forward recorded 13 goals and 20 assists. The 21-year-old was a bottom-six contributor during Colorado's Stanley Cup run.
Newhook is an incredible skater. He was projected as a top-six forward who plays an explosive offensive game.